Struggling with the challenges of selling on Vendor Central, Sonic Alert optimizes its brand awareness and shifts focus to Seller Central.

Sonic Alert is a 40-year-old company selling alarm clocks and innovative products for the hearing impaired in over 40 countries. When Sonic Alert came to OperationROI, they already had an established Vendor account and Seller account on Amazon, yet both were in decline. The bulk of Sonic Alerts sales on Amazon were from the vendor relationship they had established for many years. They had seen a decline in purchase orders and realized that they need to focus more attention on the brand as it had been neglected on Amazon.

Our challenges were to update the listings and get control of the brand’s content. We needed to optimize product listings and imagery so that it would better resonate with consumers. The ACoS percentage was also too high and not meeting performance goals. We needed to overhaul the paid search campaign structures getting them up to date using the latest best practices. Our journey didn’t solely focus on Vendor Central. Ultimately we migrated the majority of Sonic Alert’s products to Seller Central to alleviate pricing issues they were having with products sold via Vendor Central. Our tasks: 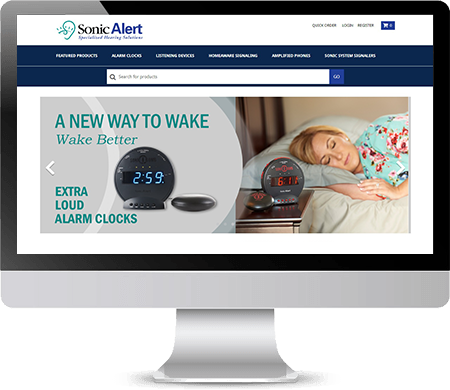 Our initial goals were simple, leverage the best optimization strategies for their product listing, fix the paid search campaigns, and initiate a strategy for building more brand awareness.

Ultimately Sonic Alert wanted to increase sales on Amazon. The bulk of the sales were coming from purchase orders placed by Amazon via Vendor Central, however, sales were declining, listings were not optimized, some listings were out of their control, and Amazon was controlling the prices of their best-selling products. Sonic Alert needed to optimize the listings and paid search campaigns while evaluating its relationship with Vendor. Fortunately, they had a Seller Central account that they had used occasionally for some of their other products.

Whether you call it SEO for Amazon or product listing optimization, the goal is to make sure that the products can be found when searched and convert better when consumers land on the product page. Our first step was to optimize the content. Having quality content that resonates with the customers and includes highly relevant search terms is a key strategy in SEO for product listings on Amazon. To fully optimize the client-facing portions of the product detail page, we focused on the development of the title, product details, and descriptions.

Phase 2: More Focus on the Brand

Part of our goal was to build more brand awareness for Sonic Alert on Amazon. While the company has been around for many years, there was a lack of consistency across the product listings, limited and poor use of A+ content, and a brand store that was just a page full of products.

Our design team had worked with Sonic’s team to create a look-and-feel to carry across the additional images. We took that new look and created A+ Content for many of their more popular product lines. Understanding the importance of A+ Content, and the impact it can make while a customer is researching a product, we were able to focus more on the differentiating aspects of Sonic Alerts products. This allowed us the opportunity to spotlight features for people with disabilities and how their lives could be improved by using the products.

The final step in building brand awareness was overhauling the current brand store. Our designed team developed a multi-page brand store that showcased product lines, product categories, and educates consumers about the brand and its history. Since the newly launched brand store had multiple pages segmented by product category, our Amazon paid search team was able to better target the landing pages for the Sponsored Brand campaigns.

Phase 3: Cut Off Vendor and Migrate to Seller

With the decline of sales from Vendor Central plus the continued issues with the amount Amazon was selling the products, Sonic decided to start pulling away from Vendor and migrate to Seller Central. Fortunately, we’ve had experience with this many times, so we knew what needed to be done and how best to accomplish this task. The migration process can be tedious, but since Sonic Alert has a seller account that they had used in the past some of our initial obstacles were avoided. New listings were created from both FBM and FBA listings. As inventory levels began to decline on Vendor Central, we started pushing more products to FBA.

We had challenges with older vendor central listings, resellers listings, and logistical issues initially, but working with the team at Sonic Alert and Amazon Brand Registry we were able to overcome those obstacles and started to see a steady increase in Seller Central sales.

Great news, sales on Seller Central were increasing, but we needed to hit much bigger sales goals now to make up for the lost revenue from the lack of Vendor Central purchase orders. With the new Brand Store and optimized and enhanced product listings, we made a bigger push with paid search on Amazon. We were now not only seeing success from the Sponsored Product ads, but the conversion rate from the Sponsored Brand ads also increased helping us reduce the overall ACoS%.

While sales were increasing and Sonic had more control over pricing, we were looking for more ways to help them increase profitability. Working with Amazon, we were able to get their products moved from the Home & Garden category to Consumer Electronics. This change in the category was not only better for the product listings, it significantly reduced the referral fee Amazon was charging. We were able to get Sonic’s referral fee to reduce to 8 percentage points per unit, increasing profits to now exceed what they were making per unit when selling via Vendor Central.

More organic traffic, an increase in paid search efforts, plus reduced referral fees all had Sonic Alert’s sales heading in the right direction. But there was still one more big move to make to boost the sales velocity….FBA. When Sonic initially started the migration process a few ASINs were sent to Amazon fulfillment. Now that everything was working as planned Sonic sent more product lines to Amazon. The timing couldn’t have been better as the products were all available for the holiday season when we exceeded the client’s target sales goal of 8000 units. Plus, did I mention they were making more per unit than they would have on Vendor?

While the push on Seller was successful, it did come with some challenges with inventory and Walmart. While Sonic migrated from a vendor relationship with Amazon, their selling relationship with Walmart was still as a vendor, so Walmart could change the prices at will — and they did. To compete with Walmart, and avoid issues with Amazon, we had to have several conversations with their Walmart account manager explaining the sales velocity the sales on Walmart generated paled in comparison to normal Amazon sales. After a few weeks, Walmart finally started toeing the line.

ACoS Continues To Be Well Below Target Goal

Even with the move to Seller Central, the increased spending, and hitting a new sales goal, we were still able to consistently keep the ACoS below 15%.

ACoS wasn’t the only thing to improve on Seller Central. Sales have hit a sonic boom with an increase of 955% since we took over. Granted some of the increase is due to the migration from Vendor Central. However, with the 8% savings we were able to get on Seller Central, the total sales have been more profitable and Sonic Alert couldn’t have been happier with the results. 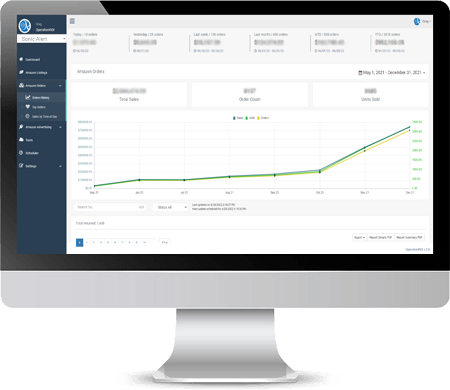 What Our Client Has to Say

“It has been a great experience working with the entire OperationROI team and our Amazon business has benefited tremendously. They have been responsive, flexible, work very hard to handle any issues, and provide a great value.”

Learn How We Can Increase Your Amazon Sales

Fill in the form below to schedule a call today.